The way people interact with devices and the internet is changing quickly. We’re no longer just clicking on a desktop browser or tapping on a phone screen. We’re chatting with bots using text or voice. Or we’re interacting with all sorts of internet connected devices that, in many cases don’t even have a screen. In this free online meetup, Tomomi Imura of Slack and David Simmons of InfluxData will discuss some these important topics around chat bots, IoT and artificial intelligence.

Let’s Get Chatty with Conversational Interface in JavaScript!

Let’s build rich applications with the natural user interactions with a minimal visual interface with JavaScript with helps with natural language processing APIs! This can be Slack bots, Facebook messenger bots, or even voice-assisted browser bot using W3C web standards! 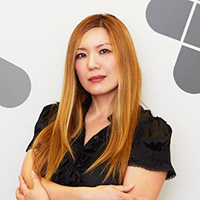 Tomomi Imura (a.k.a girlie_mac) is an avid open web & open technology advocate, who is currently working for Developer Relations team at Slack in San Francisco, also an advisor for Code Chrysalis in Tokyo. Previously, she had worked in the mobile industry at various companies and communities for years, including The World Wide Web Consortium (W3C) to improve mobile web. When she is not at work, she still hacking things, as well as combining technology with cats- her past projects include HTTP Status Cats, and Raspberry Pi Cat Camera.

As IoT deployments move forward, the need to collect, analyze, and respond to data further her out on the edge becomes a critical factor in the success – or failure – of any IoT project. With most data platforms, it simply isn’t practical, or even possible, to push collection AND analytics to the edge. In this talk I’ll show how I’ve done exactly this with a combination of open source hardware – Pine64 – and open source software – InfluxDB – to build a practical, efficient and scalable data collection and analysis gateway device for IoT deployments. 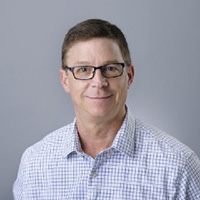 David Simmons is the Senior IoT Developer Evangelist at InfluxData, helping developers around the globe manage the streams of data that their devices produce. He is passionate about IoT and helped to develop the very first IoT Developer Platform before “IoT” was even ‘a thing.’ David has held numerous technical evangelist roles at companies such as DragonFlyIoT, Riverbed Technologies, and Sun Microsystems.

Building IoT Apps: From Device to Cloud and Back Again

IoT for Fun and Profit